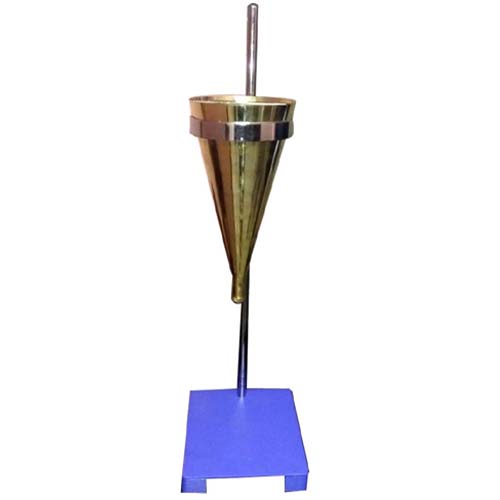 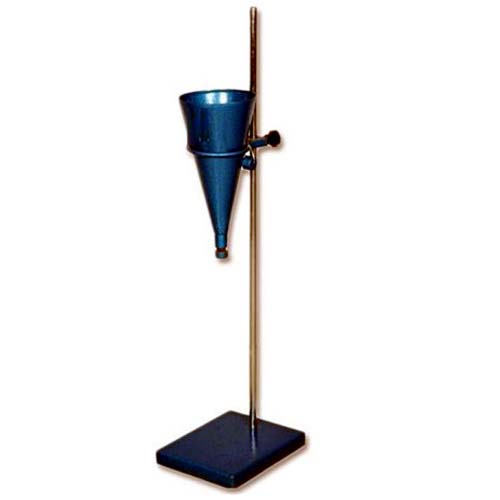 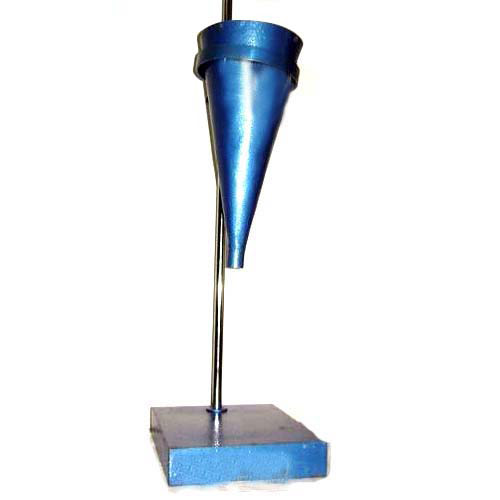 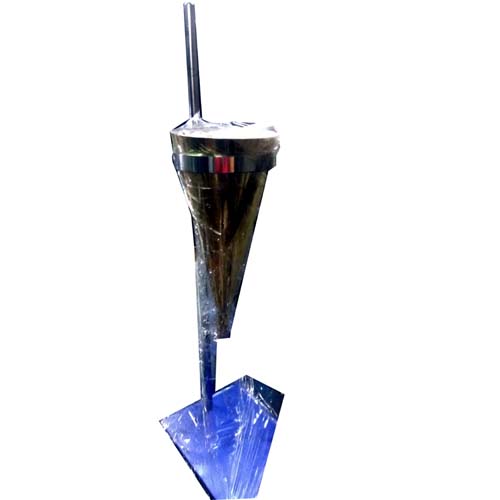 The Marsh cone is a apparatus shown in figure use to conduct the test for viscosity of the fluid to pass out from nozzle by measuring time for known volume of the paste. For water cement ratio 0.40 proportion mix was taken as 90% cement and 10% RHA was thoroughly mix. The slurry was made by the use of mortar mixer and 0.5 to 2% super plasticizer was added by weight

For the test slurry of 10% RHA blended with the cement and mixes homogeneously with the hand. The mixture is filled in in the mortar mixture pan as shown in figure required water is to be added as per decide water cement ratio and super plasticizer in different percentage. The slurry was screened by the 2.36 mm sieve. And filled the cone till its top level during this bottom whole should be block by finger. Set stop watch and release the flow by removing finger from bottom whole note the time for slurry to fill the bottom jar up to 1 liter. The minimum time shows the optimum content of super plasticizer for the mix design.