The test is conducted for basically measuring the functionality or the consistency of the fresh concrete. This is primarily for the concrete where the overall size of the aggregate is not beyond 38 mm while utilizing the slump test apparatus.

Method of sampling and analysis of concrete. Equipment and Apparatus Requirement 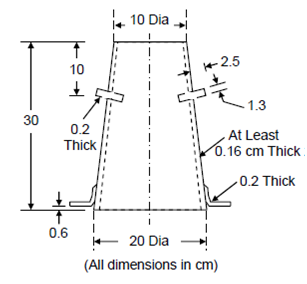 The Procedure Followed the Test 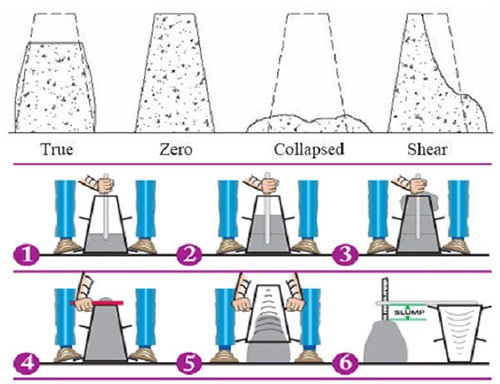 Once, all the steps have been performed, measure the slump quickly and by simply ascertaining the difference that exists between the mould’s height and the highest point of the sample.

Once calculation has been done, the slump needs to be reported in terms of millimetres. The results should be nearest to the 5 mm of the subsidence of the sample while at the time of the test. Safety and Precautions Tips

Written by:- civillabequipment for Concrete