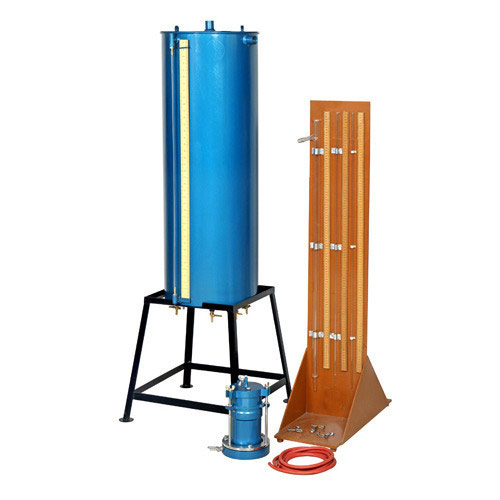 The soil permeability test can be done on remoulded or samples that are undistributed by using the falling or constant head method. The falling head permeability test mainly includes water flow through a sorter soil sample that is connected to a standpipe. The standpipe in return provides for the water head and allows for the measuring of the volume the water that passes through the samples. The test can be conducted in a simple falling head permeability cell or it can also be conducted in an oedometer cell.

At Civil Lab Equipment Manufacturer, we take expertise in being the leading manufacturer as well as the exporter of Permeability Apparatus. Moreover, product that we supply is manufactured using best quality material.

The apparatus is mainly utilized for the laboratory determination of permeability of the soil with the help of a constant or a variable head. This test is suggested for the soils having the co-efficient permeability that ranges between 0-10-3 to 10-7 cm/sec. The maximum size of the particle of the soil which the mould can test is 10mm